An Introduction to Fujian Sports Industry 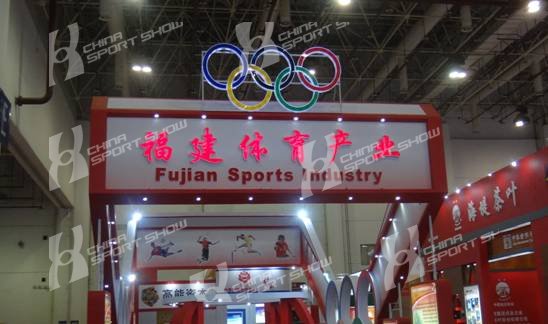 Jinjiang City, known as “Capital of Sports Footwear”, boasts of over 3000 production and operation enterprises, with an output of 800 million pairs of all kinds of shoes. A number of famous and independent brands have come into being, such as Anta, Xtep, Qiaodan, Peak, Erke, Deerway and Shuhua. They have sponsored Olympic Games and some other international tournaments, or Chinese national teams with a total sponsorship of 2.5 billion Yuan (RMB).

Starting from OEM, the industry of sports equipment in Xiamen City has been developed under the influence of Taiwan-owned enterprises. With a fairly high R&D ability and technology, lots of companies like Xiemen Gowell Industrial Ltd., Xiamen Evere Sports Goods Co. Ltd., Xiamen Comfort Science & Technology Group and Xiamen XinKai-FuCai Science and Technology Co. now begin to develop their own independence brands in the overseas and domestic markets. Xiamen has become one of the three leading production bases for fitness equipment in China. Their products are exported to over 20 countries and regions in Europe and America.

With more than 200 enterprises and an annual production value of 3 billion Yuan (RMB), Fu’an City is now taking the massage equipment as its new pillar industry. Its products can be found in the markets of Europe, South-East Asia, North and South America, and the Middle East. A massage equipment industry chain is looming in the City.

Along with the popularity of mass sports in the province, consumption for fitness training is now becoming a fashionable pattern in the people’s life. When more and more people are going for sports, the fitness and recreational market is becoming more specialized and segmented. It witnesses that the regularly-training people has a wide distribution among people, whether in groups of profession or in ages.

Sports facilities and venues can be found everywhere in the province, which will be a solid foundation for development of sports industry. The province is now throwing more efforts in establishment of national training bases. By now, a number of training bases designated by the Chinese national sports associations and designed for specific sports have been constructed and put into use. The province will continue to put more investment on sports industry. Facilities for mass sports will be improved step by step, and the people’s awareness for physical training will be further promoted.